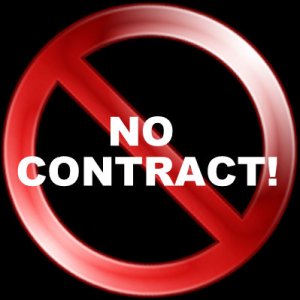 The UFT leadership’s strategy for winning us a fair contract crashed and burned on September 10. Although we have been working under an expired contract since October 2009 UFT President Michael Mulgrew has refused to lead us in the kind of movement that could have pressured the Bloomberg administration to negotiate in good faith. Instead, the president and the ruling Unity caucus banked everything on the 2013 mayor’s race. They calculated that by backing a winning candidate they could get us a friendly mayor from whom they could expect a fair contract. No union or community mobilization would be necessary. It was a naive strategy from the beginning. But when Democratic primary voters rejected Bill Thompson, the UFT’s choice, they also foiled the entire UFT strategy.

From his presentation to the September 12 Chapter Leaders meeting, one never would have guessed that Mulgrew’s electoral strategy had failed. There was no reflection on the strategic choice UFT leaders made in early 2013. Nor was there consideration of the implications of Thompson’s defeat for UFT strategy in the future.

Yet throughout the spring of 2013 the Mulgrew/Unity leadership imbued the Democratic primary with historic importance. Insisting that it would be impossible to negotiate with City Hall until Bloomberg left office, Mulgrew gradually built dramatic tension over whether to participate in the mayoral race and whom to endorse. UFT Political Action Director Paul Egan gave scientific-sounding presentations to the Delegate Assembly outlining the metrics the union would use to evaluate the race, judge the viability of each candidate, and determine the UFT’s potential impact. After deciding to enter the race the union hosted candidate forums in each borough office, fueling speculation about whom the UFT would ultimately pick. The drama culminated in the Thompson endorsement at the June Delegate Assembly. June’s dull-crescendo was well orchestrated, if somewhat insulting. The delegates were allowed to democratically vote on the endorsement. Yet the choice of Thompson had already been leaked to the press before the delegates arrived. There were already Thompson yard signs printed with the UFT’s name on it. And Thompson himself was in attendance at the Delegate Assembly before the vote had been taken.

The undertone of all of Mulgrew’s and Egan’s presentations last spring was that then-front-runner Christine Quinn would continue Mayor Michael Bloomberg’s agenda, but if the UFT could swing the primary to a different candidate, that candidate would owe us something after the election. The assessment proved to be wrong in every respect: Quinn’s front-runner status was short-lived for reasons that had nothing to do with the UFT, the UFT’s candidate lost by a substantial margin, and there is simply no evidence that the UFT had any meaningful impact on the race.

The Mulgrew/Unity strategy was flawed from the beginning. UFT leaders fundamentally misunderstood where our union’s strength lies and gambled the union’s energies and resources in a game that is rigged against us.

Underlying the UFT’s approach to the 2013 elections is the assumption that the union’s strength comes from its treasury, its phone banks, its staff, and its political connections. The UFT is, after all, a substantial institution with a large full-time staff, millions of dollars in monthly dues income, and hundreds of millions worth of New York real estate assets. But no labor organization will ever have the financial or bureaucratic resources to compete with hedge fund billionaires, corporate networks, or political machines that are more than a century old and have a significant stake in influencing the next mayor. Those elite forces can outspend, out advertise, and out phone-bank any union. No wonder the UFT has not picked a winning mayoral candidate since 1989.

What’s a union to do?

October 2013 will mark our fourth year working under an expired contract. Yet the UFT has not yet begun to organize union members for the kind of fight that would be necessary to win us a good deal. Nor has it begun to build grass roots community movements against school closings, test-driven curricula, and school privatization that could change the political climate in the city. Instead of staking our futures on the union’s ability to influence the mayor’s race, the UFT should have followed the example of the Chicago Teachers Union. In fact, it is not too late for our union to do so now.

In 2012 the Chicago Teachers Union launched a series of escalating mobilizations — pickets, rallies, marches — culminating in a strike last September. At the same time they built alliances with parent and community organizations against corporate “education reform” and against the destruction of neighborhood schools. The CTU exposed the racist nature of the broad attacks on public education by pointing out that schools in low-income, non-white neighborhoods were among the first to be closed. The UFT should follow the Chicago example and begin a city-wide fightback involving union members and parent and community activists.

We also need to democratize our union. At no point last spring did members ever have a forum in which they could discuss strategy, or even provide input on whom the UFT should endorse or whether a mayoral endorsement was the best tool to win a good contract. Ironically, the undemocratic nature of UFT decision-making probably hampered the leadership’s ability to influence the Democratic primary. Few union members seemed to know or care whom their leaders had endorsed. So far there is no evidence to suggest that the UFT endorsement even influenced how union members voted. We need a leadership that can win back the confidence of a membership that is becoming increasingly discouraged and tuning the union out.

On September 18 the UFT Delegate Assembly voted to endorse Democratic nominee Bill DeBlasio. Once again Mulgrew had already held a media event with the DeBlasio before the DA had a chance to vote. No delegate was allowed to speak against the motion to endorse the Democratic candidate and DeBlasio arrived just as the vote was being taken.

Regardless of what happens in the general election the union should start now to mobilize us and our communities against the horrors of the new evaluation system, school closings and privatization, and test-driven curricula. If we do that we have a chance to turn this union around, pressure the next mayor, and  win a decent a contract. But simply waiting for a new mayor is not viable strategy. Nor is any course of action that relies exclusively on union staff, dues income, and political connections. The UFT now has 170,000 members. We need to remember that word: “members.”