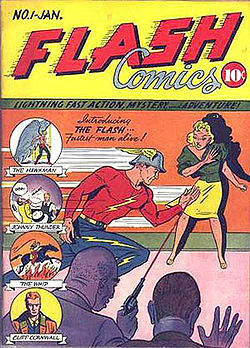 Apologies to names I missed. I spoke, and included are the notes from which I spoke.

President’s report—Secretary starts to explain Mulgrew not here, but Mulgrew objects, clear evidence secretary was mistaken. Mulgrew asks we keep it short for debates. AFT will be giving us instructions on how to support FL, Nevada, and PA. Says we all know what is at stake.

ATR negotiating session did not go well—no agreement. As of Friday 5794 new teacher hires. Asks we support them.

Paperwork being resolved, Manhattan school no longer needs to write goals for conferences.

FSF—we were ruled out of order—had hoped this admin would change it—even Rhee stopped using it. Believes there are political issues preventing its being revoked.

UFT ad—says there are great reviews. Mentions op-ed he wrote against Eva Moskowitz, who wants to double charter cap while half of her classrooms are empty due to discharges. Expects bad press. Says we will win. Plays ad.

Much debate about who had hit with some song, debate continues all night.

Mike Schirtzer MORE—speaks of issue with budget. School underfunded. Experienced staff. High average teacher salary. Principal has been transparent, DR helpful. Problem is no title one and experienced staff. No per session, no per diem. Lost administrator. Have one principal, one AP, 3 counselors. Will work with SLT and parents. Question—I know we’re doing a lot.We have 33 oversized classes because we’re underfunded. What else can we do as a union?

Secretary—we can bring it up with DOE at next consultation. Asks Jonathan

Ashraya Gupta MORE—what data do we have about how many oversized classes there are? Why isn’t it published in NY Teacher anymore? In Detroit a parent took photos of overcrowding. Went viral on net. Teachers can’t do that. How do we highlight this.

Ellen P. Grievance dept. We will post them. Slightly up from last year. Queens HS have most because of space

Arthur Goldstein MORE—By a very conservative estimate, my school is at 200% capacity. Our problem with reducing class size has to do with lack of space, despite 8 trailers and having halved rooms and created additional space via conversion of closets and bookrooms. When de Blasio demolishes our trailers, it will be a disaster for our school community. I suspect we won’t be alone in that. In fact, our neighbors in Forest Hills are having even worse problems.

I’m really tired of hearing about Students First, Families for Excellent Schools, Educators for Excellence and all the nonsensical reformy groups supported by Gates and hedge-funders. I’d like to see the United Federation of Teachers at the forefront of really making things better for all students.

How can we help to create seats for students and schools that most need them?

Ellie Enger staff director, will set up a meeting. Will meet with space allocation to brainstorm. Says they are open to our ideas. Will set up next month.

Kuljit S. Ahluwalia—New Action—Asks about ATRs. Many feel discriminated against for age. We would like a report broken down by age, experience, license. Perhaps data would help. We would like to know UFT position.

Secretary—We will get you info that we have. We don’t ask ages. ATRs are safe due to contract. Subject to same layoff provisions. Board wanted to limit ATRs. We did not give them that. We do not plan to give that up and ATRs have nothing to be nervous about. Says numbers are down but not exact.

Report from district—George Altomare—reports on Italian American committee. Would like everyone to celebrate Italian American culture month in October. 40th year of celebration. Speaks of BRAVE, anti-bullying, Peter Yarrow doing concert for it.

Karen Allford Elementary VP speaks of learning retreat. Says they helped build communication between admin and teachers. UFT community schools make teachers the base. Says there is always UFT teacher center, model teachers, and job-impeded PD. Says we bring programs to school, not cookie cutter models, that there are food pantries or reps from food banks to take care of primary necessities like these and dental, vision.

Paul Egan—Mentions debate, hopes for movement. Will phone bank in October. Says race is tightening. Ohio, PA, FL are important. Asks for members to make calls. We cannot have Donald Trump as President.

Secretary shows letter with 7 complaints, considered and rejected by Exec. Board. Are 8 additional complaints from Solidarity Caucus. Opens for debate.

Ellen Dreesen.—says some things are questionable. Were reps from every caucus at every step. We made decisions equitable to every caucus. Questioning of AAA surprising. They make money by being fair. Don’t work only for UFT. Union pays a lot of money to ensure fairness, proper handling. Doesn’t know what was untoward. These questions must be addressed and understood. We use them because they are fair.