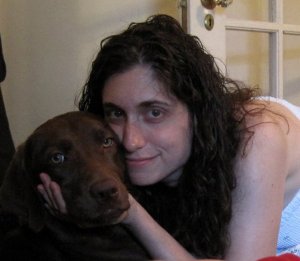 Were banks to blame for the Great Recession? Should middle school students be required to identify words like nefarious or reprehensible? MORE’s Francesca Gomes seems to think so and, last week, the New York Post noticed.

Francesca assigned students a handout with a word bank (a technique, by the way,  that is just good teaching practice). One portion read “Banks are often run by ______________ people who look for ways to hurt the most financially vulnerable people in the country.” It seem like the choices remaining were “nefarious” and “reprehensible”.

It’s probably important to note that the Post themselves never once blamed Wall Street for the financial meltdown that cost millions of people their jobs and their homes and kicked millions more out of America’s middle class forever. That alone may explain part of the reason for not feeling comfortable with a teacher assignment that associated the banks with nefarious acts.

But TIME Magazine (who did not write about Francesca) pointed mainly to bankers and financial experts for the meltdown in their complete list of “25 People to Blame for the Financial Crisis”. We here love the Post, but we’ll take TIME’s economic evaluations over the Post most days of the week.

Other folks who blame banks for the meltdown include John McCain and Barack Obama, the latter saying in 2009 that Americans had been “tricked into signing these subprime loans by lenders who were trying to make a quick profit. And the reason these loans were so readily available was that Wall Street saw big profits to be made.”, while the former declaring in 2008 that, “In my administration, we’re going to hold people on Wall Street responsible. And we’re going to enact and enforce reforms to make sure that these outrages never happen in the first place.”

Here’s what the bipartisan Financial Crisis Inquiry Commission (FCIC) had to say on the matter:

“There was an explosion in risky subprime lending and securitization, an unsustainable rise in housing prices, widespread reports of egregious and predatory lending practices, dramatic increases in household mortgage debt, and exponential growth in financial firms’ trading activities, unregulated derivatives, and short-term “repo” lending markets, among many other red flags.”

So, yeah. We’re pretty sure that blaming the banks isn’t anything controversial.

But let’s face facts for a moment ok? Francesca wasn’t featured for having her students provide answers along a premise that everyone in America  (besides the Post) seems to accept. She was featured because her political opinions are to the left more than others’. She’s a leftist. A lefty. An alternative social something or other and, well, just left. For that reason, the Post decided to feature her.

Now we’re proud to know that Francesca accepts all students in her classroom and we’re grateful to learn that she challenges those students with rigorous vocabulary. But we don’t much care about her political points of view outside of the workplace and we don’t think you should either.

Why? Well, because as long as the law is being followed, the things a teacher does outside the school door is private. Teachers, especially ethical teachers like Francesca who challenge their students on a daily basis, deserve that privacy when they leave the schoolhouse.

As a good teacher, Francesca knows that it’s only ethical for her to avoid speaking about those viewpoints when she’s at work and in front of her students. (We should probably remind you that she has not been accused of acting in an unethical manner in any way.) The question on the assignment is clearly based on facts, not politics. We think teachers should teach facts. And we think they should enjoy their privacy after work.